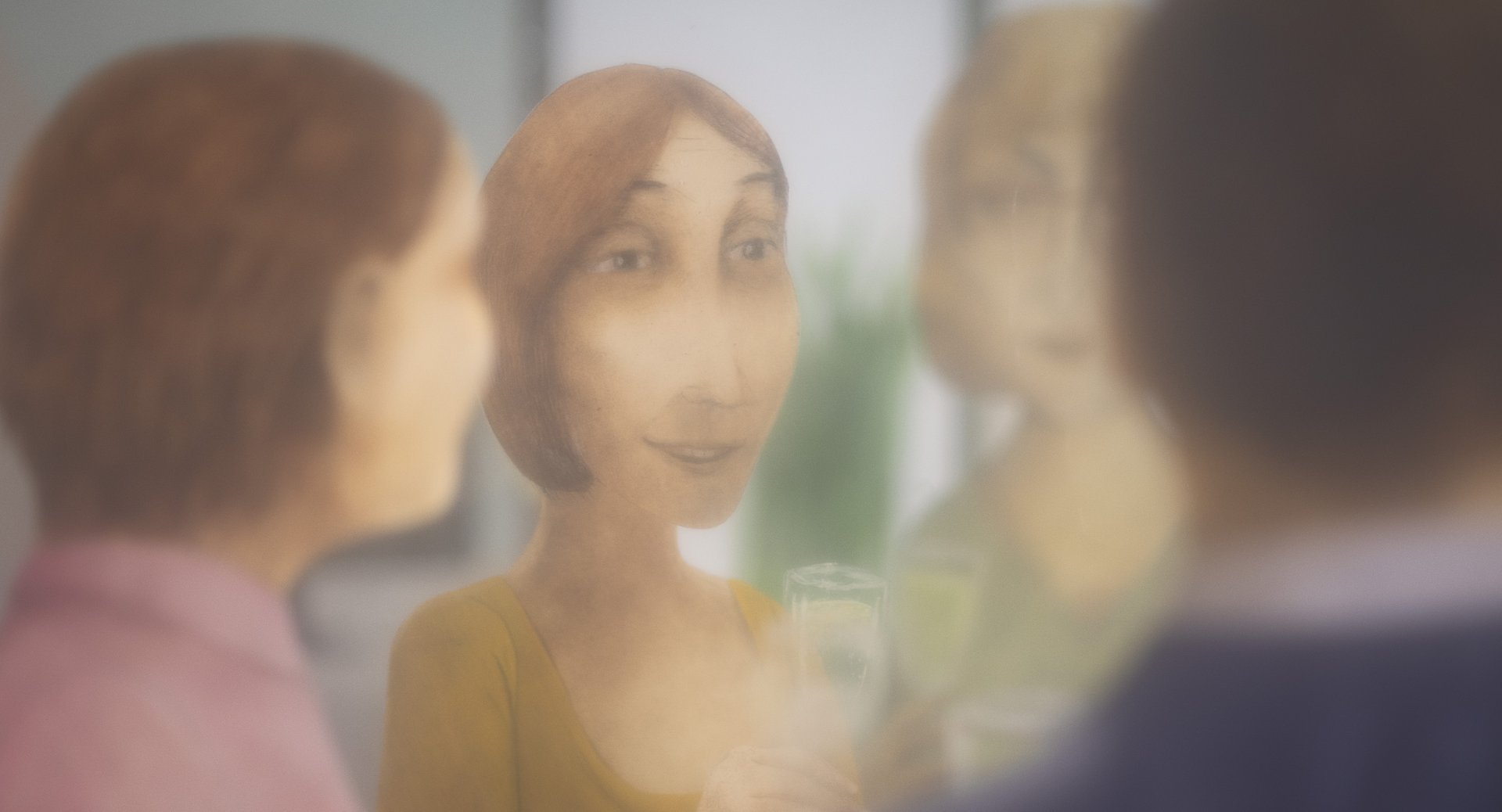 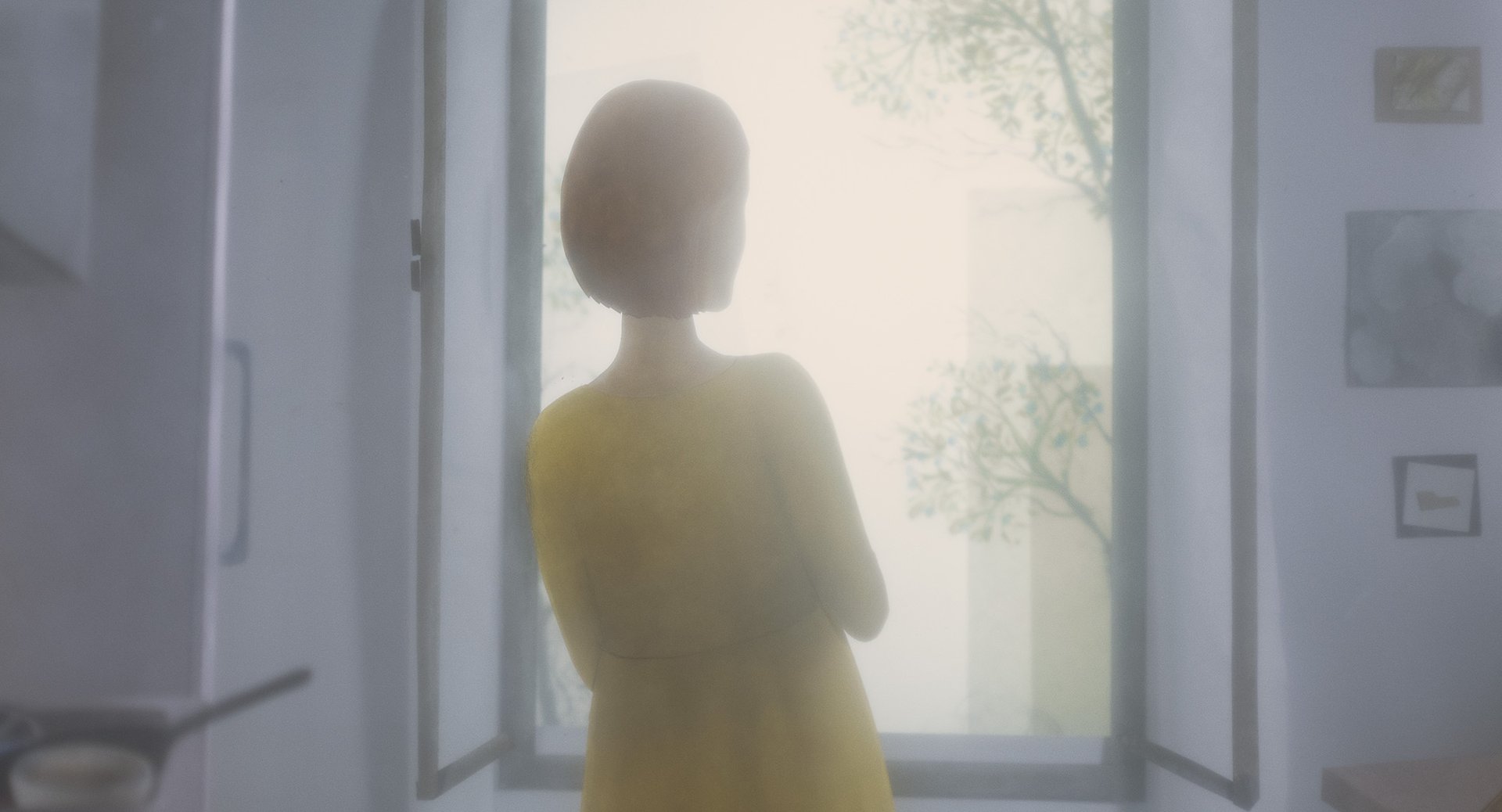 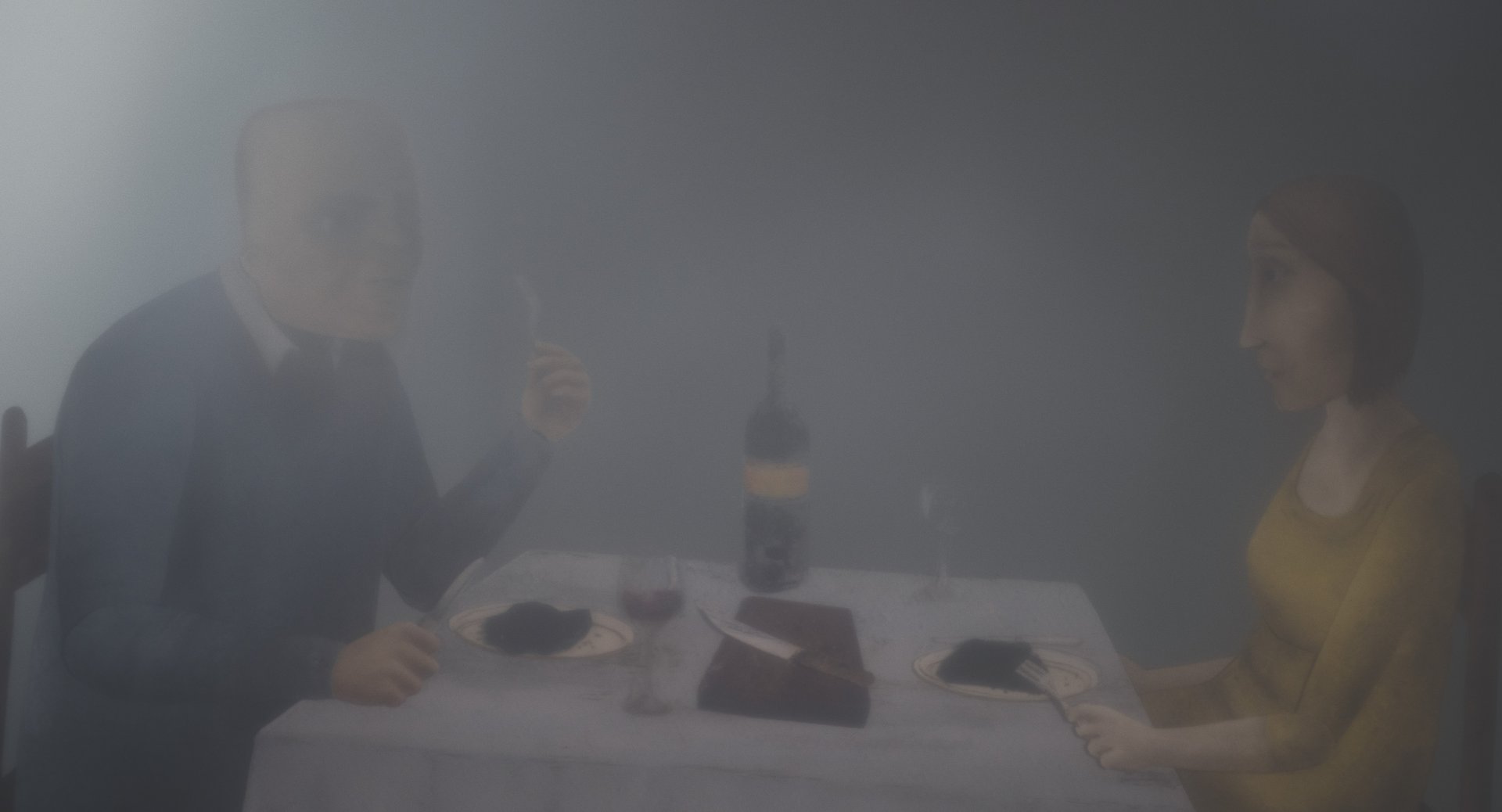 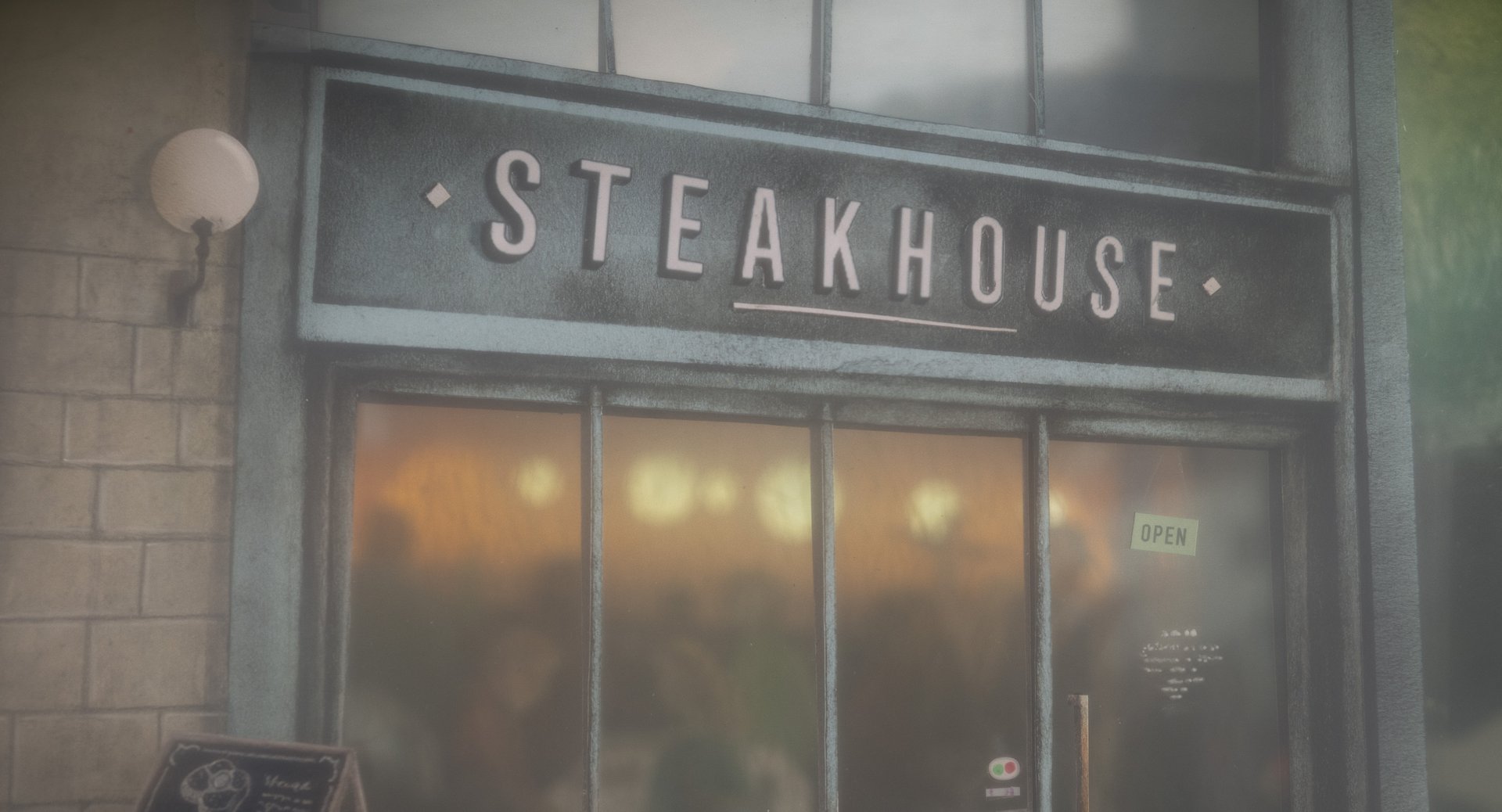 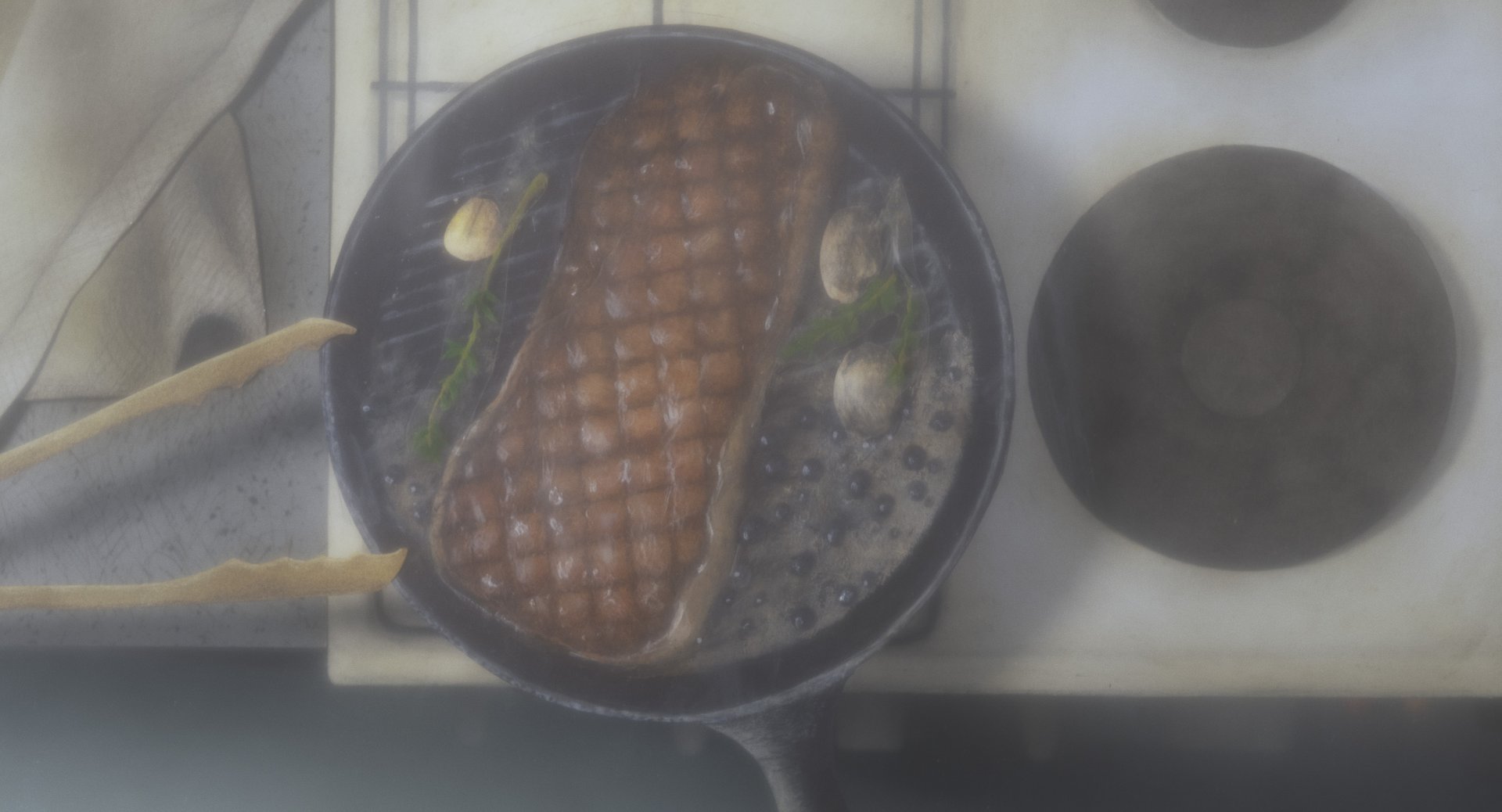 The steak has been marinating for a few days now. The pan is heated. Franc’s stomach is rumbling. But Liza’s co-workers surprise her with a birthday party. Will she be home on time?

Špela Čadež (1977) has worked as an independent animation director and producer since 2008. Her films have received 100 awards worldwide. The puppet animation Boles (2013), Špela's professional debut, received the Grand Prix at the DOK Leipzig, the Golden Spike at the Valladollid Festival, and was a Nominee for the Cartoon d’Or; while the multiplane cut-out animation Nighthawk (2016) received, among other awards, the Grand Prix at the HAFF Festival Holland, the Grand Prix at Animafest Zagreb, and was screened in selections at festivals such as the Clermont-Ferrand, Annecy, and Sundance. Špela Čadež is a member of the American Academy of Motion Picture Arts and Sciences. Selected filmography: Steakhouse (2021), Orange is the New Black – Unraveled (2017), Nighthawk (2016), Boles (2013).