A surprising and intimate portrait of the family of Jure Šterk, the first Slovenian who single-handedly circumnavigated the world. A humorous, sometimes crazy, and uncompromising family drama with three protagonists – father, mother and son – who represent three forces within their household while a sailing boat represents the fourth. As the head of the family, the father is omnipresent at home, even when he is away. As he is repeatedly absent and risking his own life, he leaves a permanent and indelible mark on the household. He is like a constant burden hovering over the other two house-hold members. Even in his absence, he still defines the family dynamics. Nevertheless, all of this is just the backdrop for a heart-breaking family drama, playing out in the shadow of Jure’s sailing achievements. There is a woman behind every successful man. Does anyone ever ask her about the price she has to pay for that success? Is the fulfillment of a man’s dreams more important than the fulfillment of those of a woman? Meanwhile, the son has to deal with a loss each time the father heads out on the wide oceans, but nothing can prepare him for the final tragedy. 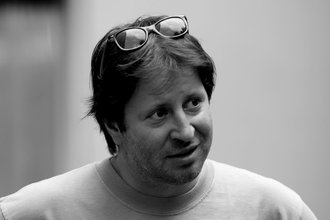 A. A. C. Production was established in 1994 and has, to date, produced feature, documentary and short films that have toured festivals and been shown in cinemas and as television broadcasts all over the world. The company’s main focus is to produce author-driven feature films with plenty of time in the development stage to also ensure international support prior to production. Lunatic is being produced by Petra Vidmar, who is an MBS and EAVE graduate and brings a vast network and experience in co-productions from her previous films, as she has worked as a line and executive producer for the past 20 years.
screenwriter
Igor Šterk
director
Igor Šterk
producer
Petra Vidmar
co-producers
Ira Cecić, Nina Petrović, Christoph Mogador
director of photography
Miloš Srdić
film editor
Petar Marković
production designer
Marco Juratovec
costume designer
Tina Bonča
key make-up artist
Gabrijela Fleischman
sound designer
Julij Zornik