Ganja Will Set You Free

A creative documentary essay about the protagonist Janko Pirc and his struggle for the right to grow and use cannabis. Janko's second child has diabetes, while his wife has multiple sclerosis. He started an illegal treatment programme using THC and CBD components of cannabis and has been caught and arrested for the possession of eight cannabis plants. He was tried at a district court and faced ten years in prison. After he had also been convicted at the regional court, he appealed to the Supreme Court and won his legal battle. But it was too late for his family. In the meantime, his wife divorced and the social service forbade him contact with his children. In 2017, Janko opened the first European shop with cannabis products containing the full quantity of THC in Slovenia. After his cathartic experience, he named his shop GANJA WILL SET YOU FREE. While following the main character, the story will also reveal the contradictory and controversial legal and social situation regarding cannabis in the region. 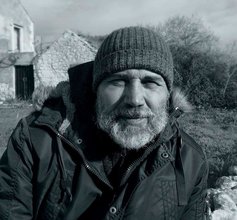 The director, writer and producer Miha Čelar (1970) focuses on creative, cross-media documentary films with social topics. He is the founder of Astral film, a small Slovenian production house, working on the development, (co-)production and distribution of cinematographic and television projects. Čelar’s filmography from 2010 includes six documentaries: iIsland (2018), Codelli (2017), Irene, Goodnight (2017), Tatjana in Motherland (2015), Re-Inventing the Wheel (2015), A Beautiful Mind (2014).