A homage to Peter Musevski’s life, career, and fears. A film about internationally most renowned Slovenian film actor Peter Musevski (1965–20), who has acted in many award-winning features warmly received all over the world such as: Bread and Milk (2001, J. Cvitkovič), Spare Parts (2003, D. Kozole), Suburbs (2004, V. Möderndorfer), Tuning (2005, I. Šterk), Labor Equals Freedom (2004, D. Kozole), and Slovenian Girl (2009, D. Kozole). “Pero and I shot eight films together. In December 2019 we started working on the ninth joint project titled It Wasn’t Like She Said. The film supposed to be about Peter and his fears. On 13th of March 2020, the lockdown began. On 18th of March, Pero committed suicide. I decided to shoot the film without him. As I was developing it, I discovered that it was not just about Pero, but also about me and about all of us. We have not only lost a friend: the society in which we believed is disappearing too.” “All the roles I acted, everything I have ever filmed would later happen to me in real life.” Peter Musevski 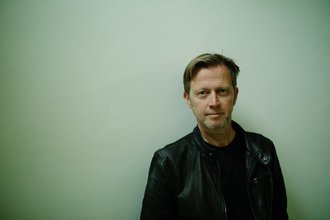 Damjan Kozole is a Slovenian filmmaker whose directing credits include, among others, the critically-acclaimed Spare Parts (2003), nominated for the Golden Bear at the 53rd Berlin IFF 2003, which Sight & Sound ranked among the ten most important films of the New Europe in 2008; globally released Slovenian Girl (2009); Nightlife (2016), winner of Best Director Award at the 51st Karlovy Vary IFF; and his last fiction feature Half-Sister (2019). Kozole is an established author of many documentary films.