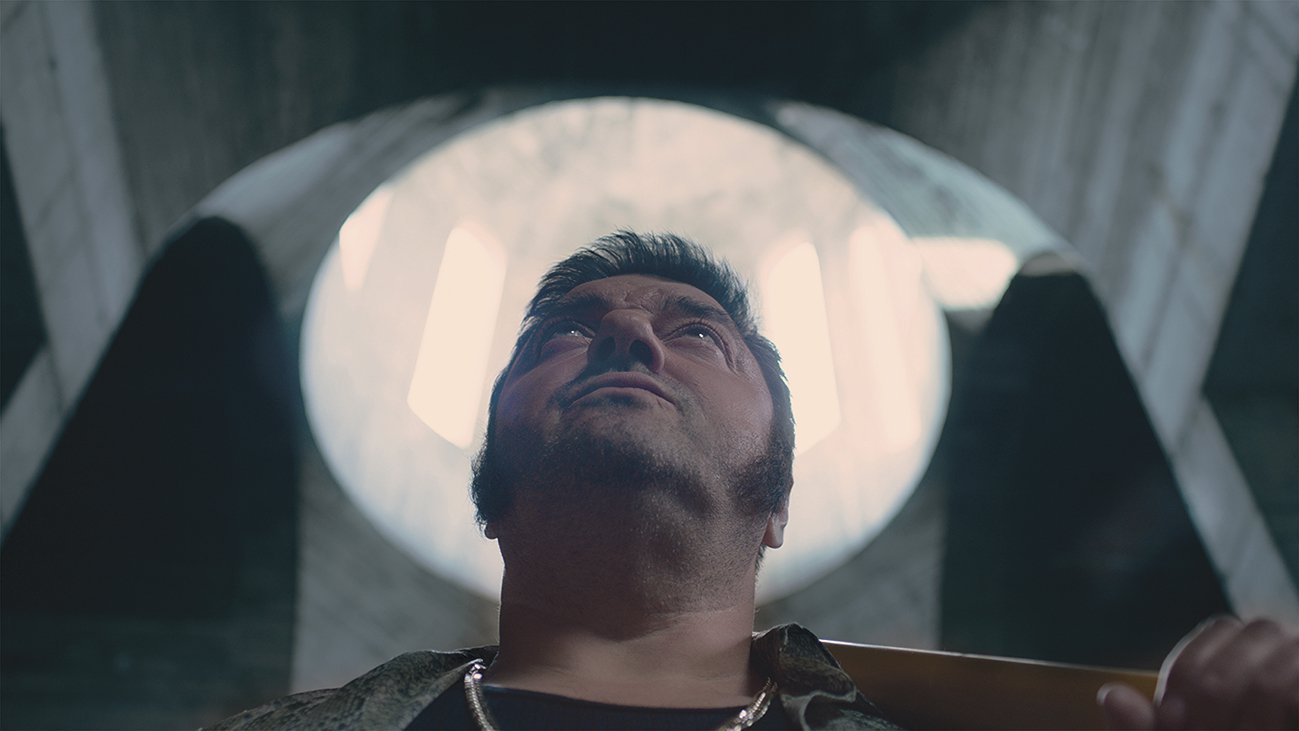 Stojan (Goran Navojec) is as dull and simple as he is kindhearted. When a freak accident while changing a light bulb puts a glowing halo above his head, he quickly becomes the new attraction around town. His strong-willed wife Nada (Ksenia Marinkovic) isn't at all amused about the unwanted attention from their neighbors. After several tries, nothing can remove the shining annoyance and turn her husband back to his former unremarkable self. Stojan, the unwilling saint, begins to like his new lifestyle and quickly turns to sinister crimes... HEAVENS ABOVE is a dark comedy told through three stories of one family and spanning over three decades (1993, 2001, 2026). The film explores the impact of miracles on modern society. Numerous characters reappear, intertwine, and affect each other's destinies in increasingly bizarre circumstances. Director Srdjan Dragojevic delivers a wild and grotesque perspective on post-socialist Yugoslavia, that succeeds in showing the dark side of progressive thinking patterns.