In 1978, a group of electrical engineering classmates established the IT company “Iskra Delta Computers” in Ljubljana, Slovenia. In the USA, this was the time of Bill Gates, Gary Kildall, Steve Jobs, and Steve Wozniak. Janez Škrubej, the only managing director of Iskra Delta Computers, is convinced that the last information technology battle, the Cold War, was being fought in Slovenia, in the former Yugoslavia. The documentary uncovers the background of this war. In 1985, the company saw a meteoric rise and constructed the first and world’s largest computer network in China. When the company’s technology became too powerful and too big, it attracted the attention of the CIA, which wanted to prevent the enemy from accessing it. On the other side of the front, the KGB saw Iskra Delta Computers as a final opportunity to make up for the Soviet IT shortcomings. The company was also in trouble with the Yugoslav secret police UDBA and the local authorities due to their short-sightedness, corruption, and proverbial Slovenian jealousy. On top of it all, Yugoslavia faced a gory breakup. 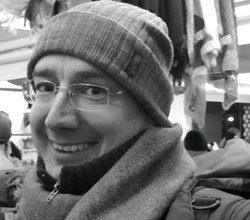 Jurij Gruden (1975, it) graduated in film and television directing from the AGRFT. He is currently working on the documentary project From Sevnica to the White House (in production), Digital Zombies (in development), and on his first fiction feature Down the Highway. From 2010 Gruden directed four documentaries: Sparks in Time – Worldwide Computer Adventure (2020), Coffee Time (2016), Living Stone (2014), Music from Trieste to Tarvisio (2010).