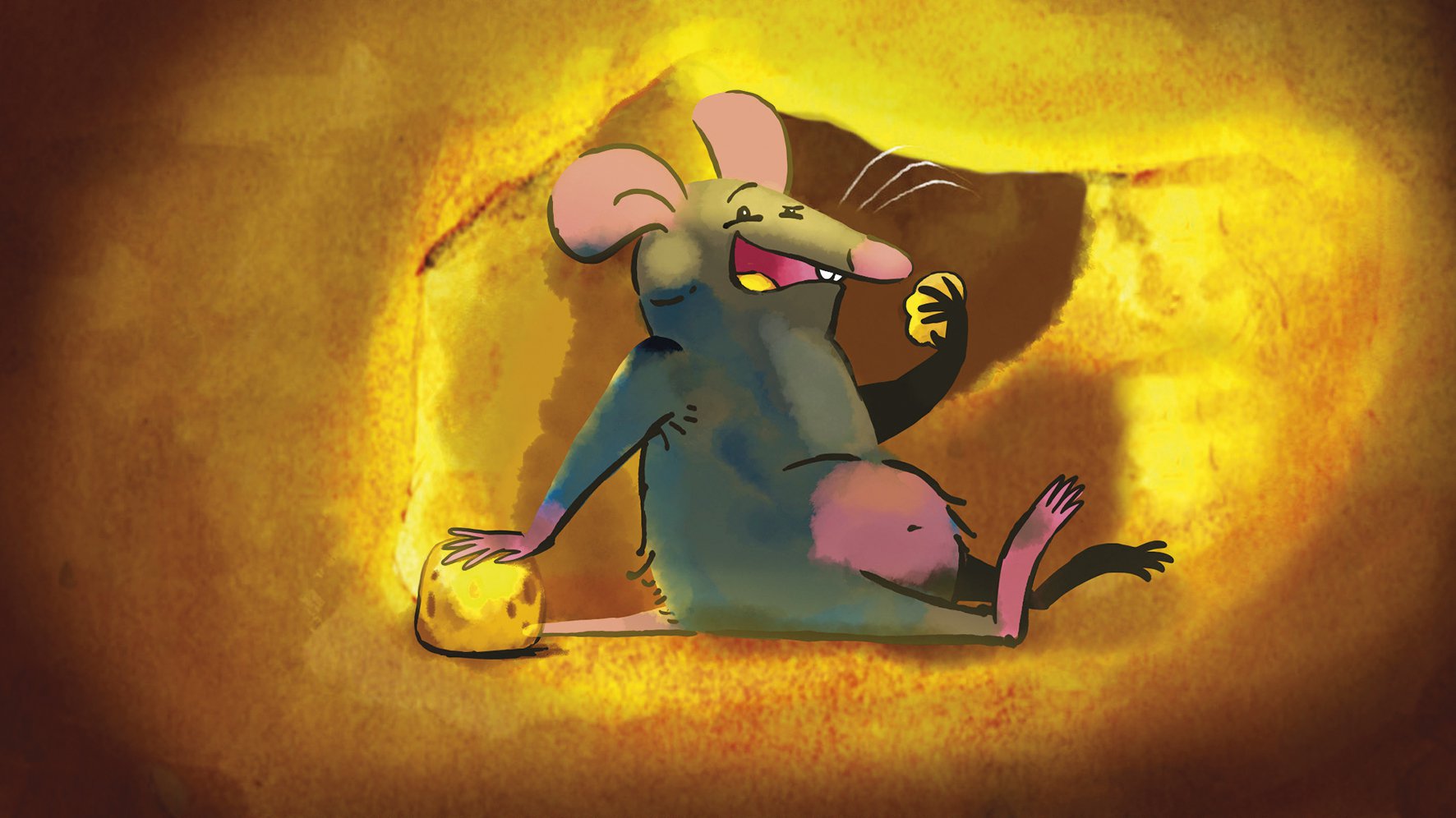 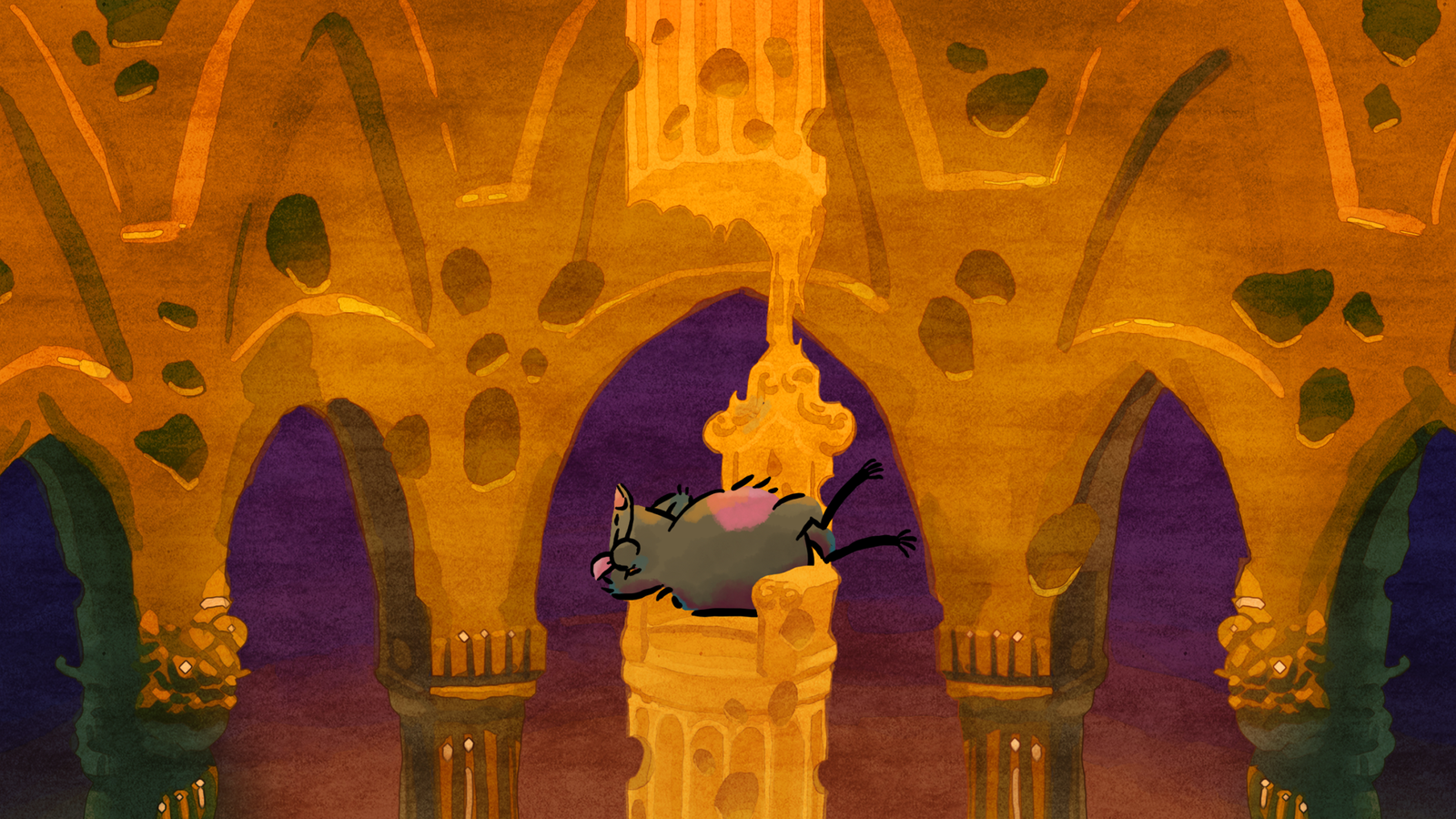 Two mice search for food in an old house, where they are faced with danger in the form of a hungry cat. In a big timber room they find a big chunk of cheese. The more ambitious of the two mice sneaks in and gets trapped as the cheese rolls over and the exit hole is blocked. While the other mouse begs from the outside, the lucky mouse eats its way through the newly acquired home. First it tries to help the other mouse, but soon devotes all its attention to carving a cheesy palace with its mouth. Being greedy, it cannot help but eat the house from inside out until it collapses. The cat comes. What will the sorry fat mouse do next?

Timon Leder (1986) is an animation director and teacher. He graduated from the Art Academy (the MEDIA programme) at La Poudriere (fr). He wrote a thesis on children’s comprehension of film language. His student film Work has been screened at more than 40 festivals, and his debut animated short Weasel (2016) was selected for over 30 festivals worldwide. He is a co-author of the first Slovenian school handbook on animation. As an animator, he co-worked on Martin Krpan (2017, Strup), certain episodes of Princ Ki-Ki-Do (in 2014 and 2018, Ozor), Twisted Tales: Cinda Real (2019, ITD), and TV series How it grows…